Trending
You are at:Home»Fun»How to Watch Free Anime Shows Online
By feed on May 19, 2017 Fun

Anime is Japanese hand-drawn or computer-generated animated programming. The word is a shortened form of the word animation. Anime, of course, is made in other countries, but for Westerners, anime is considered a “Japanese animation product.”

Manga is Japanese comic books and cartoons. Outside the country of Japan, the word Manga is used to describe comic books published in Japan. In the US, Japanese animation has made a bigger splash than has Manga.

There are many ways for American fans to watch anime without having to pay for the privilege. These sites stream anime shows and series for viewing online. 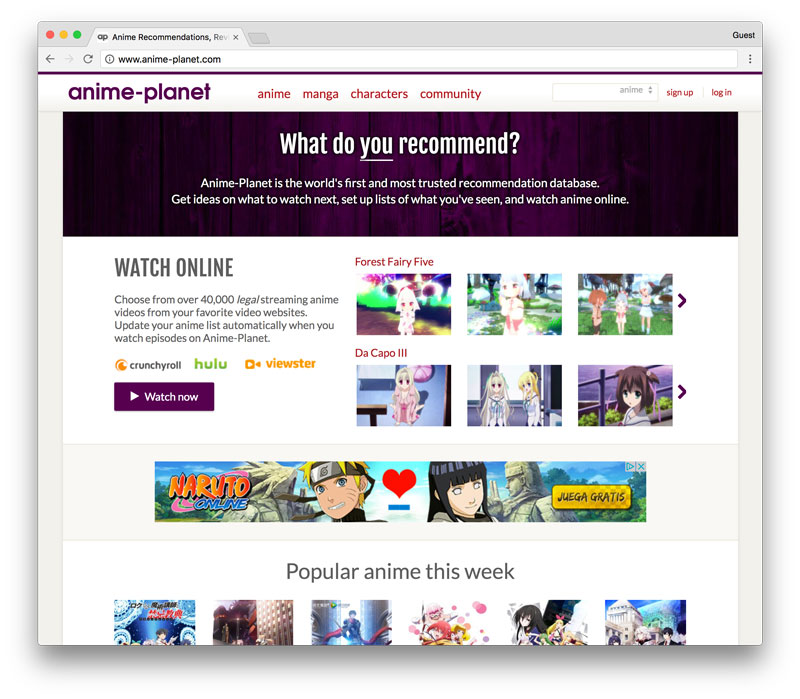 A good website to start with is Anime-Planet where fans can watch thousands of subtitled and dubbed episodes. Anime-Planet is legal and supported by the industry thanks to partnerships with Hulu, Crunchyroll, and other streaming channels.

Anime-Planet was created in 2001 and was the first of the anime and manga recommendation databases. Now anime-lovers have more than 40,000 episodes at their disposal by way of Viki, Hulu, and Crunchyroll, and can make friends with other anime-watchers. The site’s tagline is, “Anime-Planet is a site created by fans, for fans. 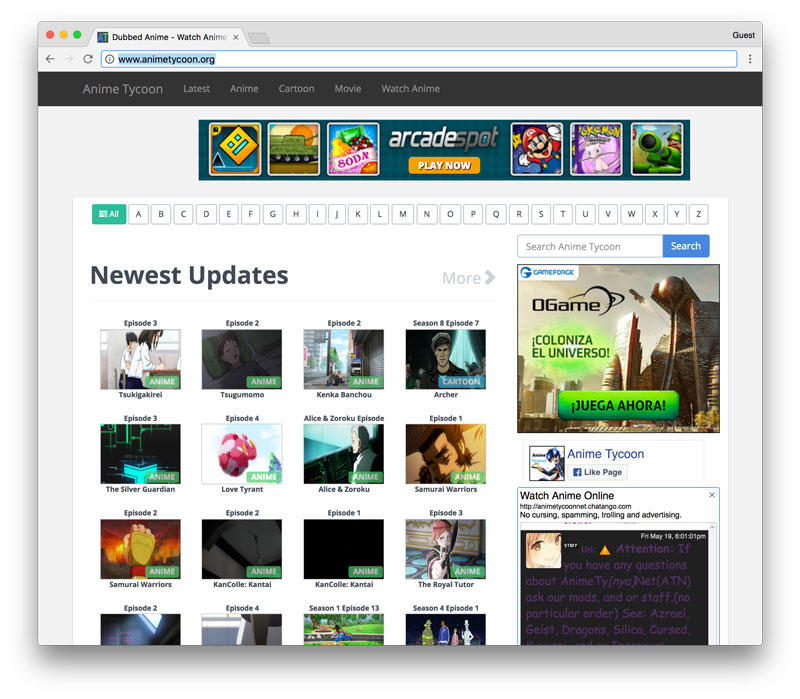 AnimeTycoon.org is a stripped-down, easy to use, intuitive site that will appeal to most anime customers. Visitors can choose a network (Cartoon Network, TV Tokyo, etc.), a genre (action, comedy, and so forth), and a year of release going back to 2003. They can check out the newest updates and find anime using their titles. That’s it. This website is a remarkably streamlined page.

Soul-Anime bills itself as the best site to watch anime for free. You can watch thousands of anime films in HD format. The selection includes Naruto, One Piece, Fairy Tale, and a lot more. 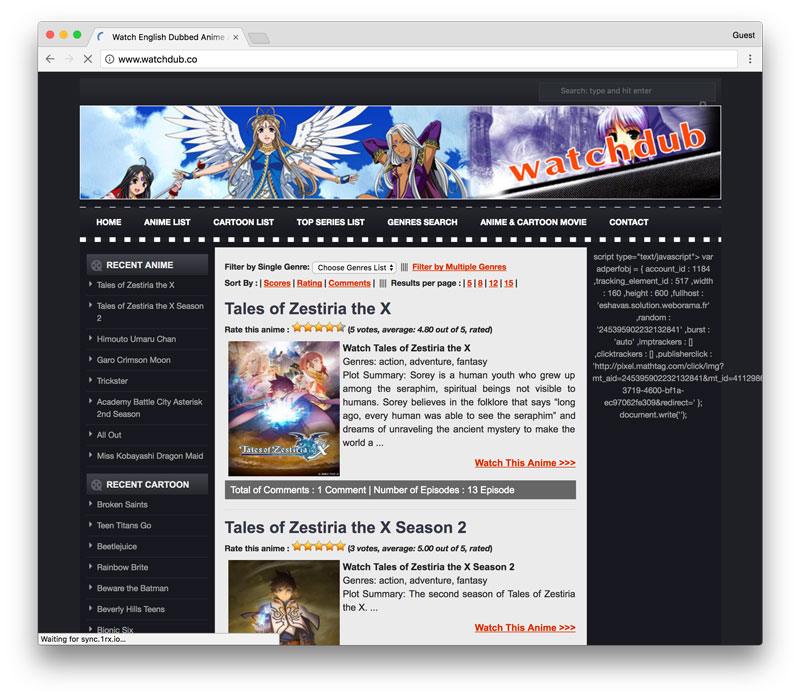 WatchDub.co includes recent releases in the anime and cartoon genres and a top series listing. The “Contact” page allows followers to request a movie or ask for the return of a series or movie to the site’s library. 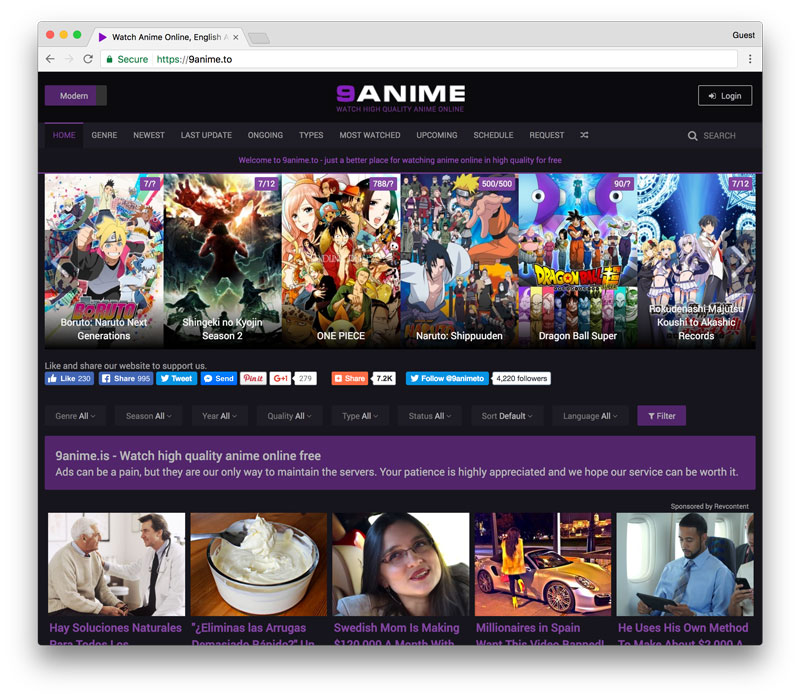 9anime.to is host to some of the most popular anime series. It includes dubbed and subtitled shows. The series and films are downloadable by using the download option at the bottom of the embedded player. The site itself is clean, simple, and engaging. 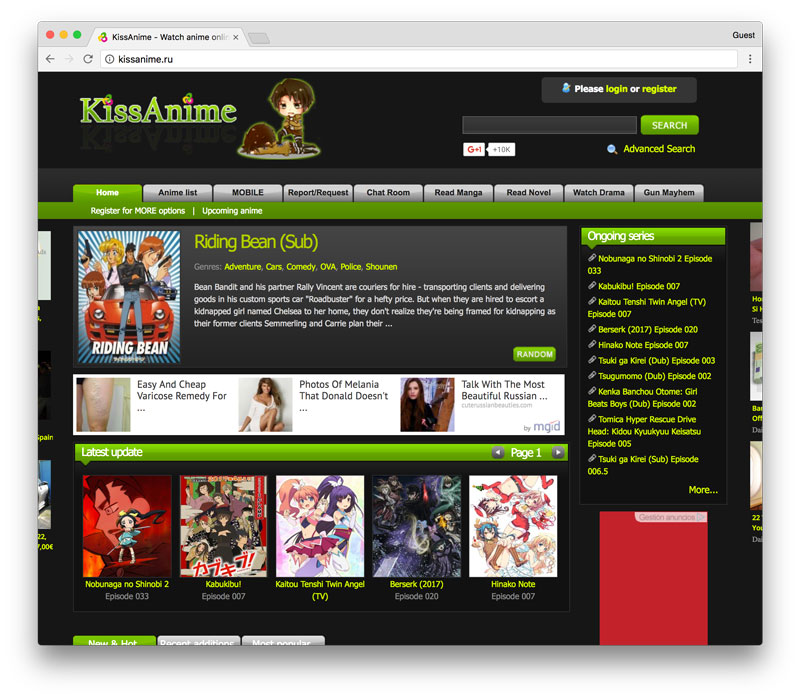 KissAnime.ru is held in high esteem by anime and manga addicts. This website has the most followers online and uses low bandwidth to make loading fast. No registration is necessary to begin enjoying your favorite series and movies.

Funimation provides some of the best legal anime online. Dubbed versions of anime films are only available to premium members, but subbed versions remain free to watch. Funimation is not available in all countries. Of course, you can get around that with a good VPN. 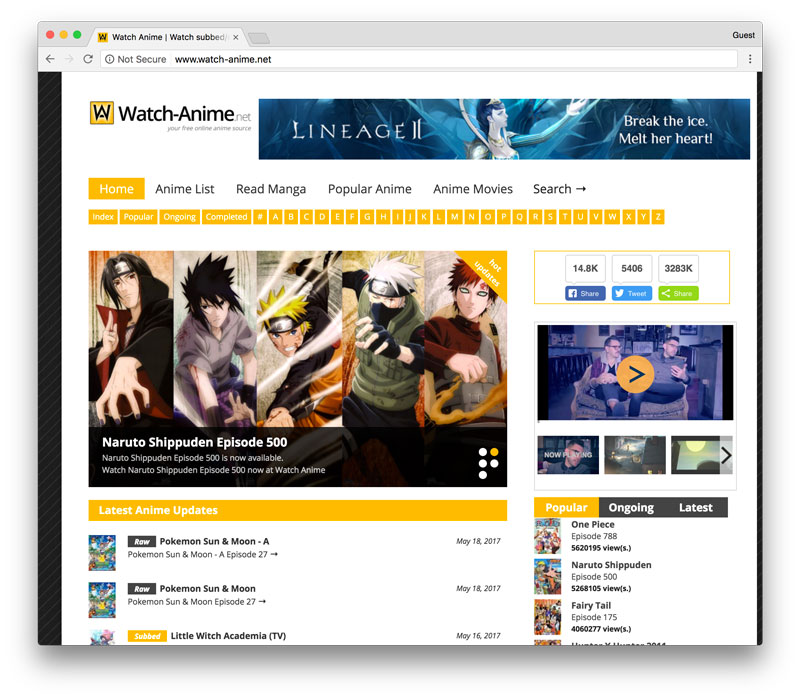 Watch-anime.net is refreshingly calming compared to other anime-streaming websites. The ability to find precisely what you want is made easy on watch-anime.net. It’s a simple to navigate and a well-designed site. 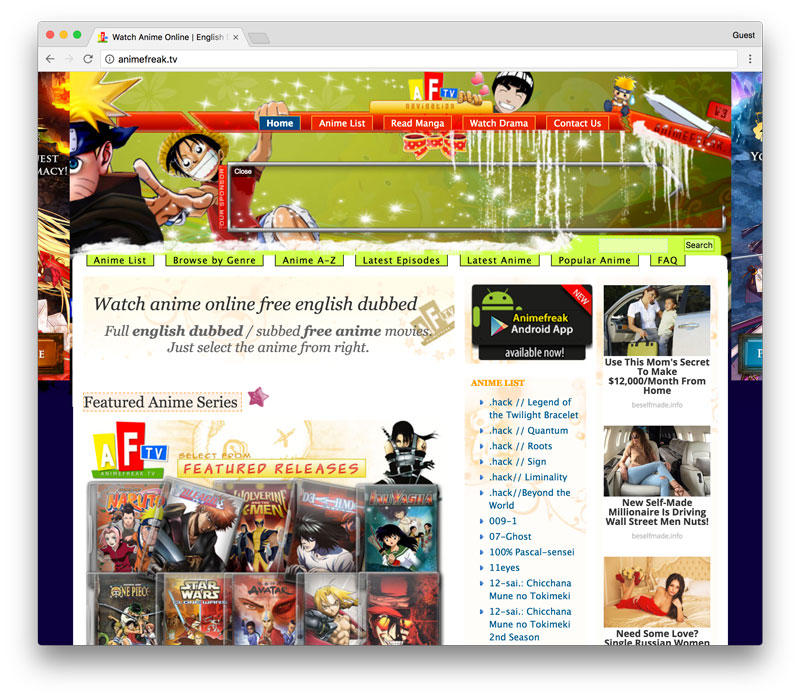 If the reading of manga is on top of your entertainment to-do list, AnimeFreak.Tv is the place for you. The latest manga is available and can be read using their new platform. This location is also the perfect site for watching top-of-the-line anime series. 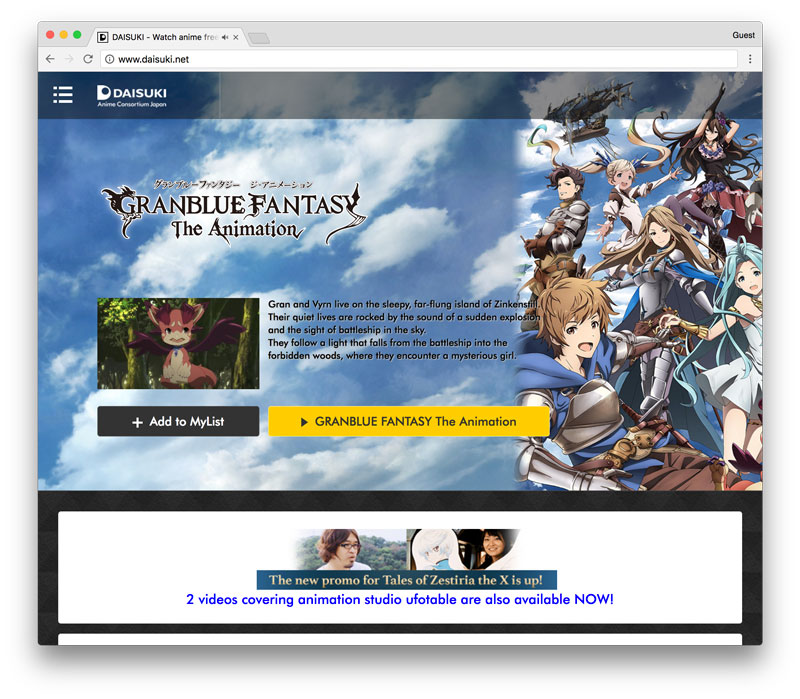 Daisuki is a site where anime streams legally. The site was launched by major Japanese animation production companies and has the latest, less-well-known, and favorite anime available. Some videos may be seen only by those who have a premium membership.

Animestreams.net is a site not bombarded by pop-up ads or flying banners that annoy and get in the way. The website offers free subbed and dubbed English anime. Users can also request the addition of favorite titles to the site’s inventory. 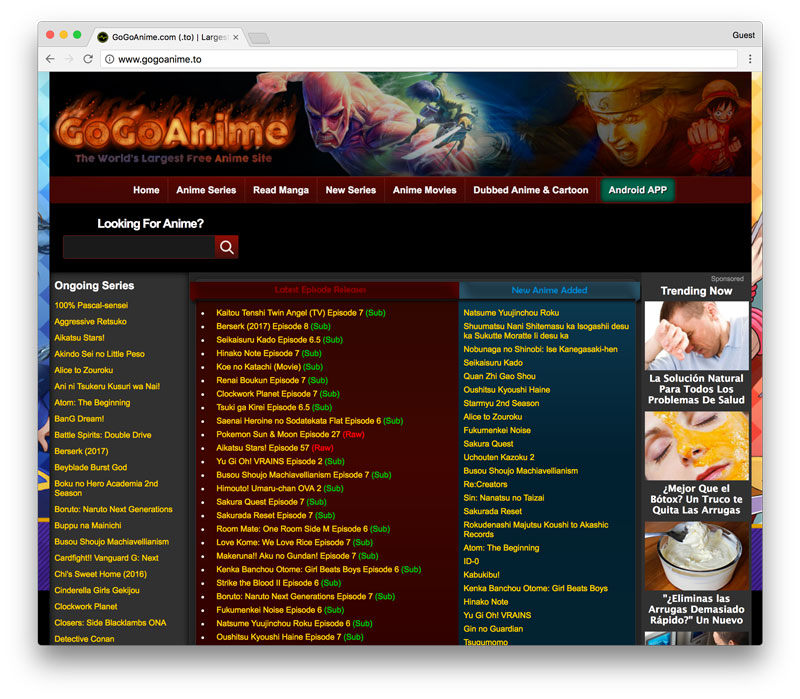 GoGoAnime.com is a site that also offers its content by way of a mobile app. Now iPhones, iPads, and Androids will have the ability to receive anime streaming on the go.

YouTube makes anime available to users at no charge, as well. The top YouTube anime and manga sites include what many call the best anime online and can be found by typing the name of the series or movie into the search box on YouTube. Go here to see a list of some of the all-time greats.

Anime fanatics will have no trouble finding the anime or manga they want to see or see again, on the Internet, and, in most cases, for no charge at all. Get going and try some new sites that you may not have known existed. Enjoy!